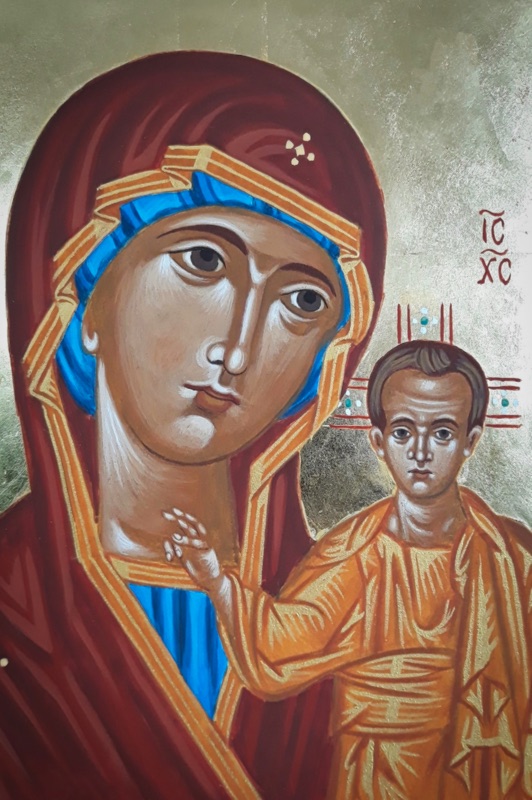 Our Lady of Kazan

The image of Our Lady of Kazan is said to have come to Russia from Constantinople in the 13th century.

After the Tatars besieged Kazan and made it the capital of their khanate in 1438, the icon disappeared.

After the city’s liberation, a fire destroyed Kazan in 1579, the Virgin appeared in a prophetic dream to a girl and told her where to find the precious image again.

She was not believed by church authorities, so the girl and her mother themselves dug up the image, buried under the ashes of a house, where it had been hidden long before to save it from the Tatars.

The unearthed icon looked as bright and beautiful as if it were new.